Studio Bark worked on this project because the whole team believes in the importance of community, diversity and education. Studio Bark have delivered a community garden space in RDLAC’s courtyard following a snappy two week live-build, in association with The University of East London. The structure itself is very simple, but incorporates a long pop-up hatch window (powered by reclaimed car-boot pistons), a modular (locally sourced) Douglas Fir skin and a modular green roof.

Studio Bark have been developing their low-impact U-Build system for the past 16 months in association with engineering firm ‘Structure Workshop’ and CNC workshop ‘Cut and Construct’ (@cutandconstruct). U-Build has been designed to change the preconceptions of self-build and will be launched ‘officially’ in 2017 as part of a new Grand Designs series (watch this space). RDLAC Garden room presented the team with an opportunity to test the first full-scale prototype of the modular system. 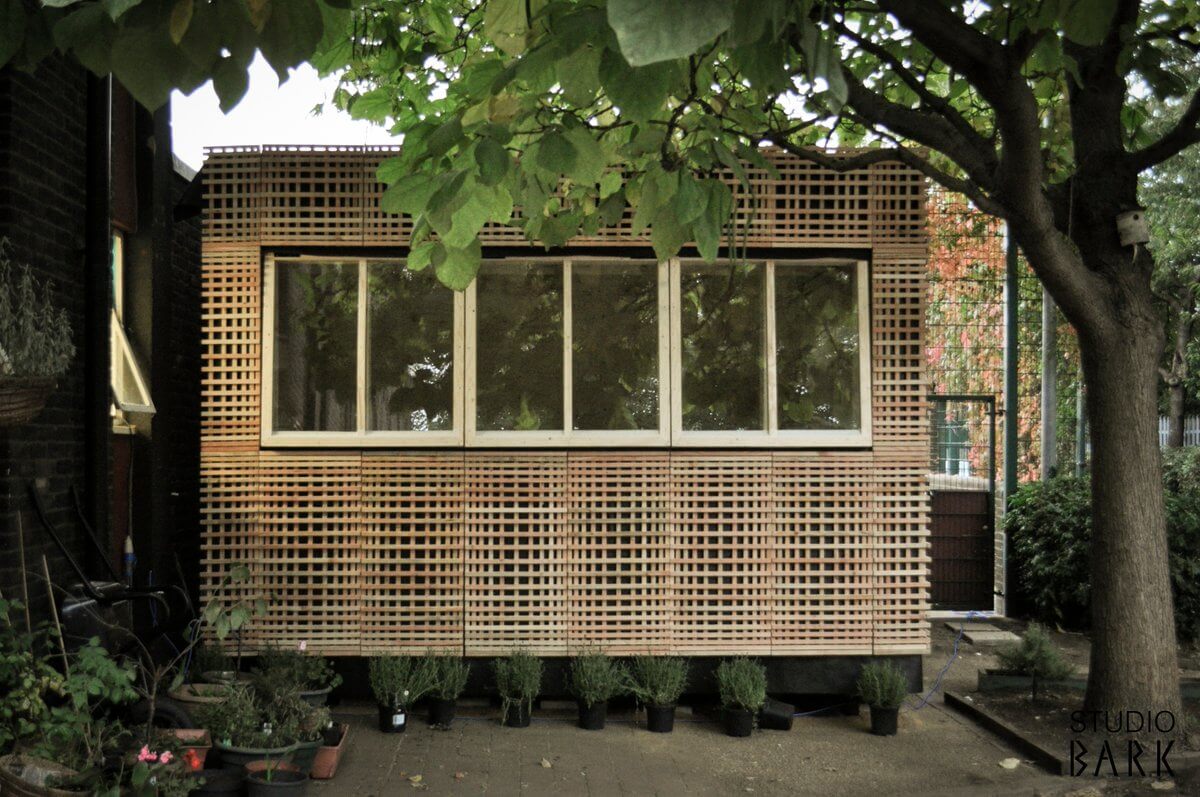 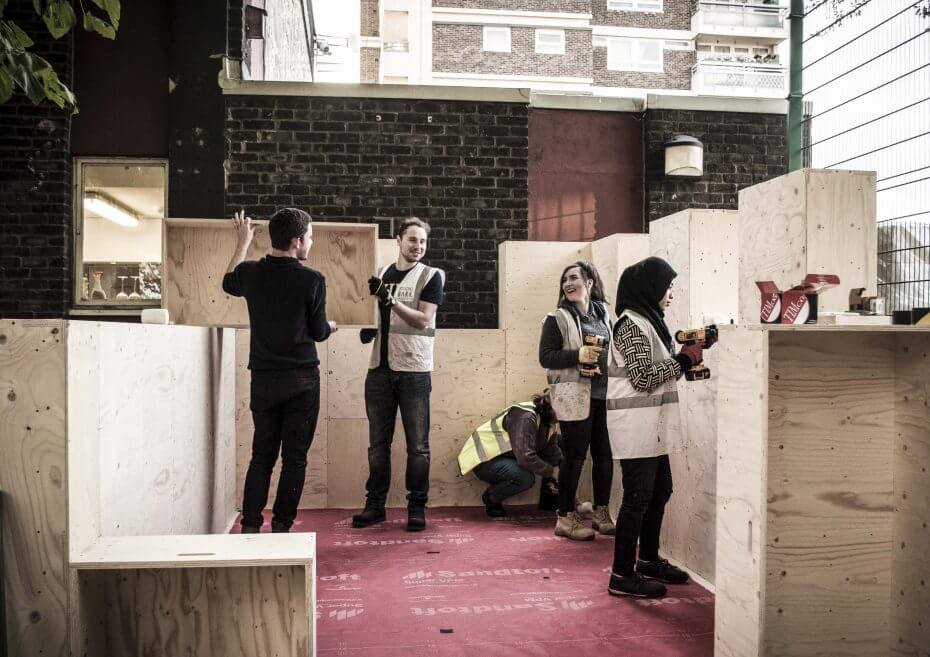 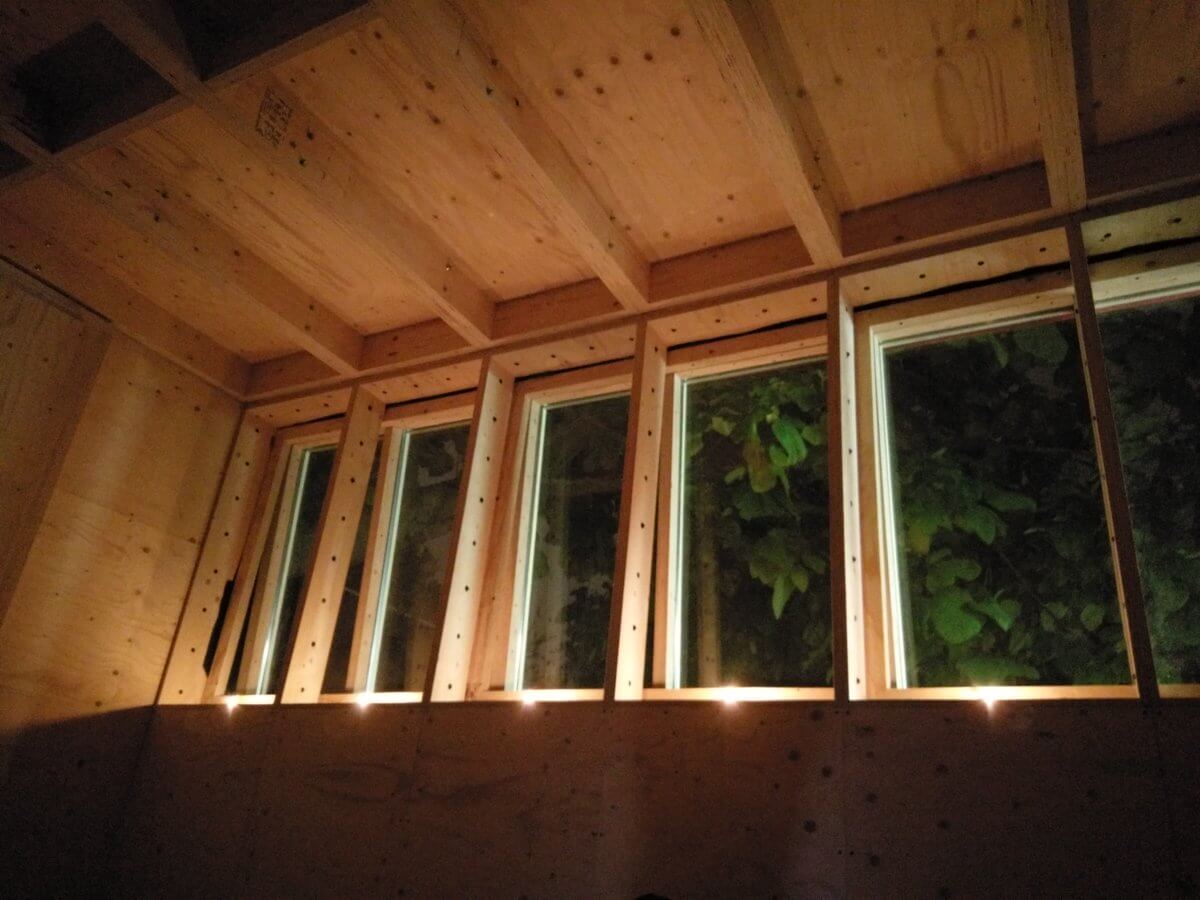 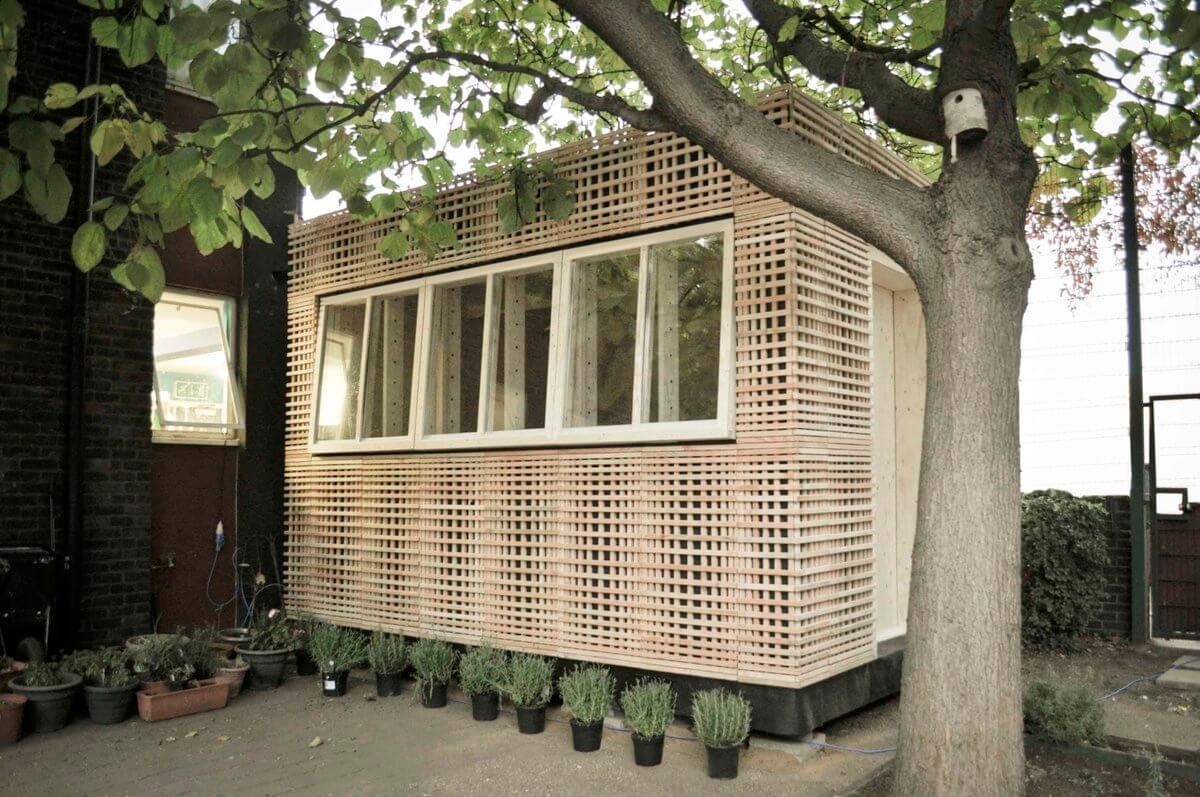